Image is one the the leading publishers in graphic novels in the modern sense of comic books according to a list from thoughtco.com, along side the pioneers of comic book publications Marvel and DC among others. (Albert, 2018) The publishing company was founded in 1992 by Erik Larsen, Jim Lee, Rob Liefeld, Todd McFarlane, Whilce Portacio, Marc Silvestri, and Jim Valentino, all of which were high profile artists working for Marvel at the time. The team ultimately left Marvel and would go on to tell DC they’d never work for them because of the way artists were paid and treat at the time, having no rights to the characters they created or made into the pop culture icons they’d become. Jim Lee was said to be the key to the company in SYTF’s 2017 documentary “So Much Damage” where McFarlane described Lee as Marvels choir boy, the one they loved and kept a hold of opposed to himself who was a trouble maker for the company and someone they didn’t care about leaving. Lee however was an asset to Marvel as shown by his work on the first volume of X-Men, which grossed 8 million and remains the best selling comic book to this day. END_OF_DOCUMENT_TOKEN_TO_BE_REPLACED

Varoom is a bi-annually magazine produced by the Association Of Illustrators which gives you a look into trendy artists and illustrators in the industry today and keep you up to date on news relating to the industry. The magazine has changed its format over the years a few times from newspapers, to magazines, and in this instance appear more like a comic volume in its printing format as some magazines do with larger content issues as stapled prints wouldn’t hold it all together.

This months theme is “Nostalgia” which is accompanied by a simplistic design on the cover illustrating a girl wrapping herself up in fabric with a content look on her face. When I first saw the illustration it reminded me of myself when I was younger as I used to wrap the heavy drapes around me for comfort and hug them. This was a safe and secure feeling as if in a heavy blanket but being held up apposed to laying down. END_OF_DOCUMENT_TOKEN_TO_BE_REPLACED

This year is my final year as a student (unless i continue my masters in future) so now is my last chance to contribute art to competitions and events that are either students only or cheaper for students. One of the main competitions I want to involve myself in is the Adobe Awards, this is because Adobe is a huge company revolving around creative industries and are a great platform to get noticed on. Though my art is different to what they usually showcase I believe it is in my best interest to apply while I can.
Something I’ve worked on this year that I’m really proud of and love the composition and context behind it is my recharging illustration that was showcased at an exhibition myself and some peers hosted, A Canny Collective. I decided this would showcase my illustration as it has a beautiful colour concept along with expressions that show compassion and love between the 2 characters involved, just for me the illustration is calming and relaxing to look at. I class the illustration, along with the 2 others involved in the exhibition, as social illustrations as they are designed to appeal to a wide range of people as well as being conceptualised from public survey answers. END_OF_DOCUMENT_TOKEN_TO_BE_REPLACED

During my final months in university it is vital I prepare myself for the industry while I have the time, as well as getting feedback and a grade I’m using the time I have now as best I can to prepare my portfolio to show when I graduate. I am currently working on some illustrations that will help flesh out my physical portfolio as well as work as projects within my course, all of which I have had the opportunity to plan myself and base around what it is I want to do exactly to show my artistic niche.
Along with my physical portfolio I wanted to work on a website that will act as an online portfolio for applying to jobs online or for jobs that might be away from home allowing employers to see my work with context as it would be in a physical portfolio with me there to explain the pieces.

I first wanted to work with Squarespace as with it you can pay for a domain as well as hosting an online store within the website that is charged along with your regular membership, cutting the cost of using another store such as Etsy. END_OF_DOCUMENT_TOKEN_TO_BE_REPLACED

Arisroth is a new illustrator to start growing their platform through instagram, since August he has been slowly growing an audience for his 90’s nostalgia and vaporwave-esk art style. Thanks to his collaboration with Stephaniepriscilla, another artist with 225k followers whose art style is inspired by 90’s anime and vaporwave.

END_OF_DOCUMENT_TOKEN_TO_BE_REPLACED 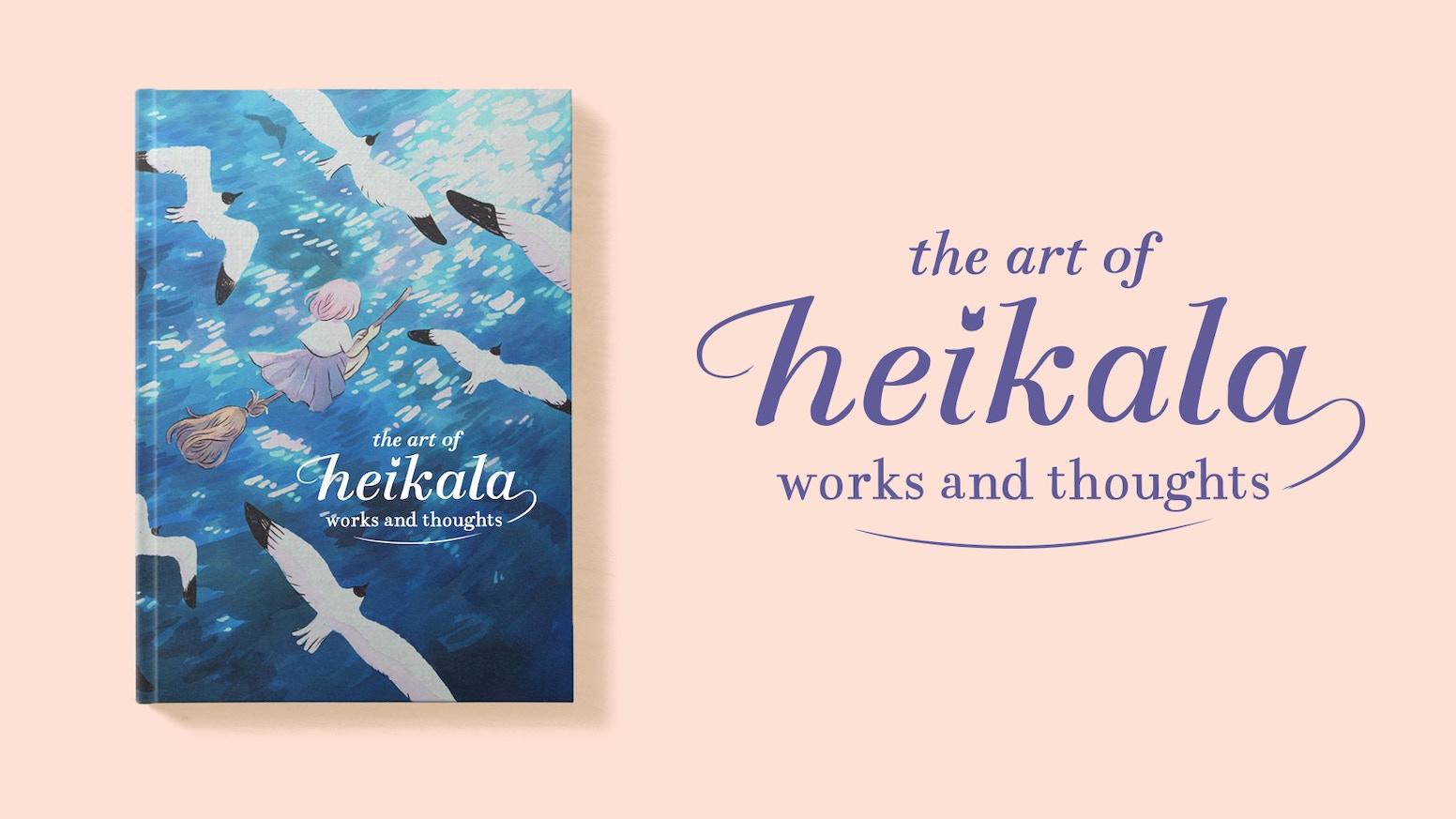 In 2019 Heikala released her most in depth book yet, giving a detailed look at her inspirations, processes, methods, and meaning to her artwork along with more insight into her own life and her education within the arts. As one of my favourite artists when she released the pre-order for this book I was so excited and had to order one right away (somehow forgetting this and then excitedly ordering a second pre-order by accident a month later).
In this post I’m going to be giving a brief look at some of the content Heikala shows in this book, and some of the segments she writes about. She discusses a lot throughout the book so I won’t be touching on everything but just some parts that primarily stuck out to me as I got to reading the book. END_OF_DOCUMENT_TOKEN_TO_BE_REPLACED

My second concept was heavily based around my grandparents as my grandmother and late both have their birthdays in the same month, however both don’t like photos of themselves much and for the rest of my family it is always a struggle to like all the images we choose. I wanted to design some sort of data base of a few mouths, eyes, noses, face shapes, hair, and have them adjustable in colour. This kind of set up would work similarly to the likes of Java Script dress up games online, something I used to spend hours playing and always wanted to create my own when I was younger. Something similar to this would be to get a cut out page of the recipient for them to dress up themselves from a small range of clothing which could be fun for a mother for her and her child to play with or just for someone who enjoys playing with such things as a novelty. END_OF_DOCUMENT_TOKEN_TO_BE_REPLACED

I dont care where you live. I dont care who you are. I dont care what you believe. #blackouttuesday
Sometimes you don’t know what you say and how it affects others. Sometimes your ego is too big to accept you’ve done wrong. An apology is a lot easier than denial and gas lighting. An apology means you can heal faster. By telling someone how THEY feel/should feel you are devaluing their emotions and their experiences. You are not only pushing them away but you are also stopping them from moving on from being hurt as they have had no conclusion. Some people don’t get upset over little things and some people do. It is not your place to tell someone how THEY feel. An apology is an incredibly easy thing and in most cases will help. #mentalhealth #mentalhealthawareness #possitivity #comic #shortcomic #bekind #gaslighting #forgiveness